Comfrey (Symphytum officinale) has been used traditionally and by various peoples for its sedative effects, and even its Latin name refers to the plant used for broken bones. Comfrey herb has been used for muscle, joint, nerve and rheumatism pains. Also for stretches and tears. The pain-relieving and anti-inflammatory effect of the wort has been supported by modern research.

On the other hand, it has been shown to have harmful side effects, which is why it is not recommended for internal use, damaged skin, children, pregnant women, and breastfeeding women.

The plant was introduced to Estonia from other parts of Europe. The root of the herb is used. 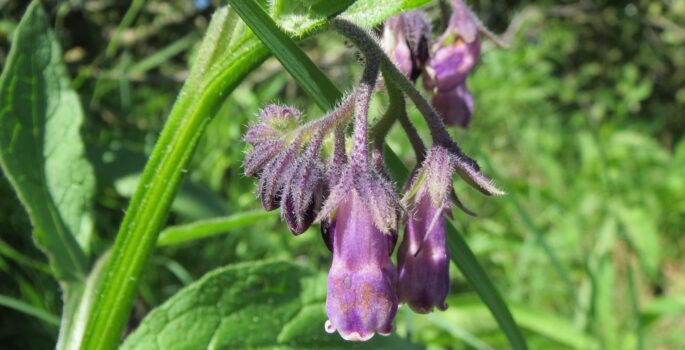