The use of goose fat for colds, especially in children, has been referred to as a grandmotherly tradition. Goose fat was applied and rubbed warm on the chest when it was sick and something needed to be done for a cough or to loosen phlegm. The use probably goes back much further in history and has been in traditional use.

Goose fat contains a large amount (about 20%) of palmitoleic acid, which is considered a beneficial substance and gives the desired properties. Scientifically, palmitoleic acid has been found to have anti-inflammatory properties, which explains its use in colds. It has even been used for wounds. Such unsaturated fatty acids also support the immune system. Goose fat has also been shown to have anti-depressant properties. When used on the skin, goose fat has been attributed a helpful and skin-rejuvenating effect in the case of severe cold sores. Apply it to the cheeks and nose to protect it beforehand, and to care for the pinching that occurs later. 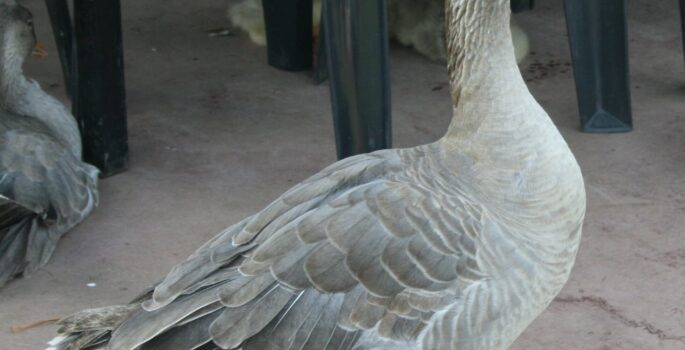