Spruce shoot extract (Picea abies) has been found in research to have an antimicrobial effect that directly inhibits the growth and metabolism of microbes. Spruce shoot extract contains a high concentration of antioxidants, minerals (magnesium, potassium) and vitamins (vitamin C). In addition, it contains flavonoids (kaempferol, quercetin), tannins and terpenes. Bornyl acetate, pinene, camphene, etc. have been found in the essential oil contained in the needles. Today, spruce shoots are used as a Nordic superfood due to their special composition. For example, spruce shoot powder is added to ice cream.

Spruce shoots and needles have been traditionally used in Northern Europe as a remedy for colds and stomach problems for the reasons mentioned above. During World War II, spruce needles were used to make a vitamin drink for soldiers due to their high vitamin content. In the Siberian labor battalions in WWII, scurvy was common and a natural solution was growing outside. It is said that the sailors from Saaremaa who went to explore Antarctica by Fabian von Bellingshausen took spruce shoot extract with them for the same reason and preserved their health. Spruce shoot extract has been used in bath water for rheumatism. 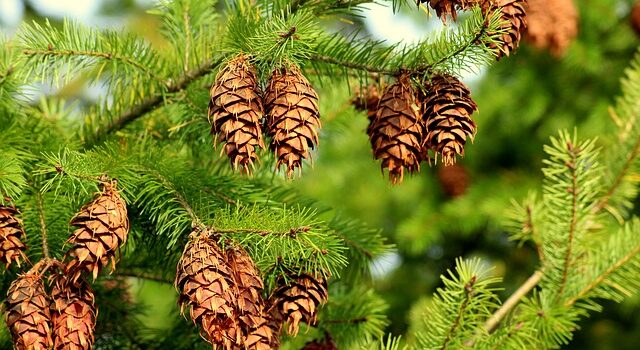